Foilco were honoured to be approached by @designacrossborders who asked if we would like to be involved in creating some solidarity posters for their Across Borders exhibition (under @barcelonadesignweek) that took place in November.

Without hesitation, we wanted to help.

Each of the posters has been designed by two creatives of different origins (that didn’t know each other before), connected by Across Borders and the aim is to raise the essential funds through sales of these limited edition prints in order to procure (necessary) ‘dignity kits’ for Lebanon’s female refugee population. These Dignity kits have been distributed to help return a basic human right to these women – their dignity.

The poster series Foilco were supporting was the brainchild of the incredibly talented creative duo of Irene Pereyra from Anton and Irene, and Marga Oller of @wearemucho . 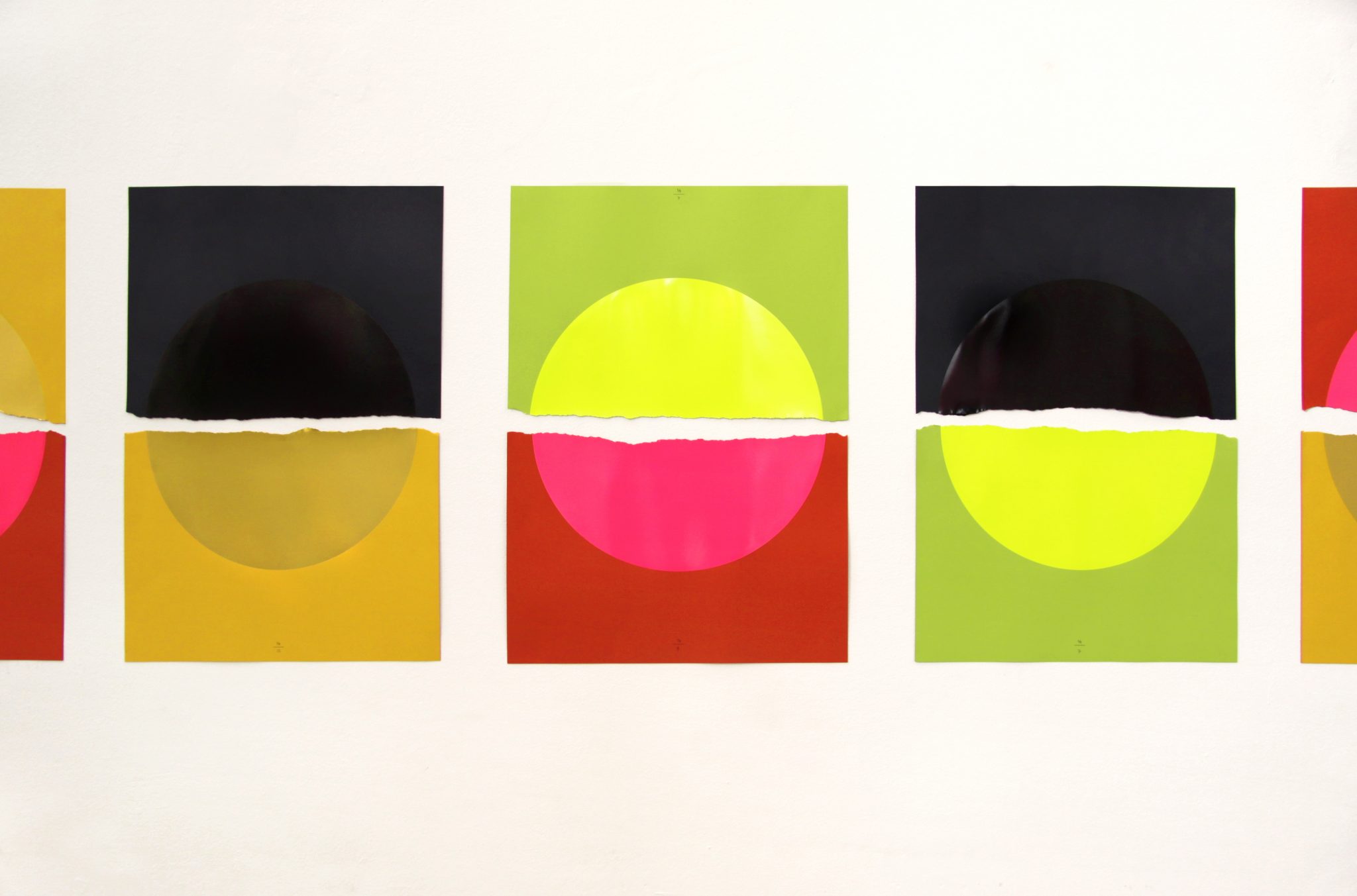 Titled “Finding beauty in the scars”, the idea was to create a series of beautiful, wholesome foiled print in a handful of colours/finishes, which would then be torn in half to create a metaphoric scar. These halves would then unite with another torn poster from the collection, to create a unique harmonious poster of differing colours/backgrounds.

As you can imagine, seeing the exquisite print being torn in half was difficult but nothing compared to the real scars that have been left on refugees by frontiers. A bold, striking, and ultimately heart-wrenching metaphor of the struggles of many.

The design of these posters were incredibly impactful because of their simplicity but sometimes that simplicity brings its own challenges.

Never before have we ever tried to incorporate a completely solid shape (with no details or negative spaces) of this size. The circle that adorns these posters totaled 43cm x 43cm. Any printer worth his salt would think you were crazy, believing such a thing could ever be foiled, let alone well.

Luckily for us, we have some pretty exceptional foils and we know some pretty crazy (and extremely talented) people. We needed to push the boundaries of foil print, and stepping forward was Lancashire Printing Company who delivered this poster series without breaking a sweat. 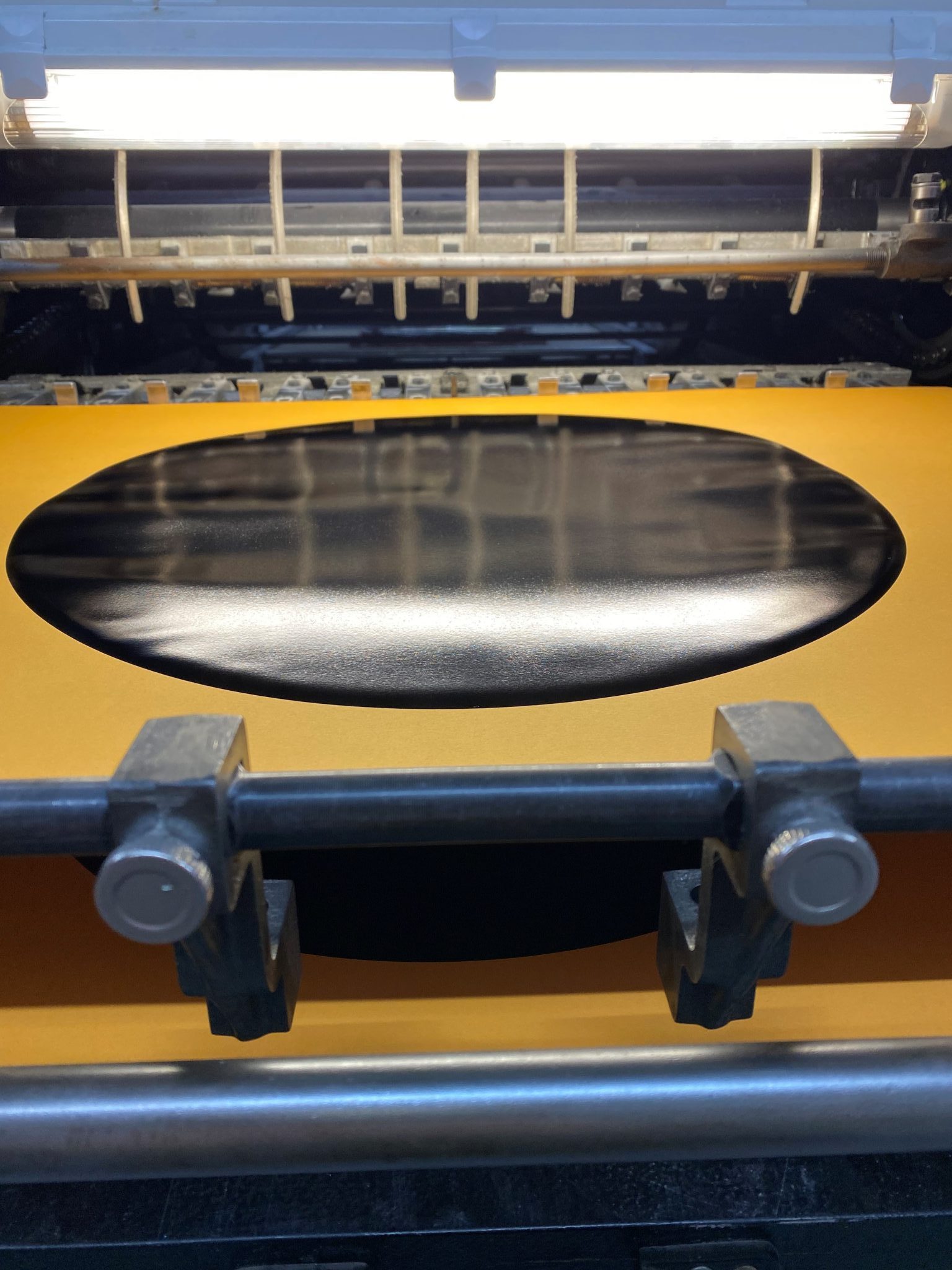 Helped along by the performance of Fedrigoni Sirio papers and finished off by a matt holographic label (provided by Premier Labels). These posters were exhibition-ready in a matter of days.

We may have answered the phone for support, but it was the support of everyone above that delivered these prints for this wonderful cause.

You can buy different color combinations of this solidarity poster or a set of three, at www.acrossborders.es, and proceeds will be used to create the wonderful Dignity kits to help refugee women in Lebanon regain a bit of their dignity.